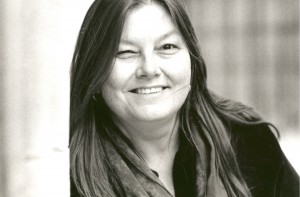 Dorothy Allison grew up in Greenville, South Carolina, the first child of a fifteen-year-old unwed mother who worked as a waitress. Now living in Northern California with her partner Alix and her teenage son, Wolf Michael, she describes herself as a feminist, a working class story teller, a Southern expatriate, a sometime poet and a happily born-again Californian.

Awarded the 2007 Robert Penn Warren Award for Fiction, Allison is a member of the Fellowship of Southern Writers.

The first member of her family to graduate from high school, Allison attended Florida Presbyterian college on a National Merit Scholarship and in 1979, studied anthropology at the New School for Social Research.

An award winning editor for Quest, Conditions, and Outlook—early feminist and Lesbian & Gay journals, Allison’s chapbook of poetry, The Women Who Hate Me, was published with Long Haul Press in 1983. Her short story collection, Trash (1988) was published by Firebrand Books. Trash won two Lambda Literary Awards and the American Library Association Prize for Lesbian and Gay Writing.

Allison says that the early Feminist movement changed her life. “It was like opening your eyes under water. It hurt, but suddenly everything that had been dark and mysterious became visible and open to change.” However, she admits, she would never have begun to publish her stories “if she hadn’t gotten over her prejudices, and started talking to her mother and sisters again.”

Allison received mainstream recognition with her novel Bastard Out of Carolina, (1992) a finalist for the 1992 National Book Award. The novel won the Ferro Grumley prize, an ALA Award for Lesbian and Gay Writing, became a best seller, and an award-winning movie. It has been translated into more than a dozen languages.

Cavedweller (1998) became a national bestseller, NY Times Notable book of the year, finalist for the Lillian Smith prize, and an ALA prize winner. Adapted for the stage by Kate Moira Ryan, the play was directed by Michael Greif, and featured music by Hedwig composer, Stephen Trask. In 2003, Lisa Cholendenko directed a movie version featuring Kyra Sedgwick.

The expanded edition of Trash (2002) included the prize winning short story, “Compassion” selected for both Best American Short Stories 2003 and Best New Stories from the South 2003.

A novel, She Who, is forthcoming.

“We assign Dorothy Allison’s  prize-winning novel, Bastard Out of Carolina, early in the semester because it so rich with insight about many of the issues we address throughout the semester:  dynamics of classism, sexism, and racism,  sexual violence, how sexuality and sexual identifications are formed, storytelling as a mode of survival, and so forth. In this fictional autobiography Allison represents her  family life as a young, Southern “white trash” girl with brutal honesty and compassion; she exhibits a  deep appreciation for what moves her characters; for example, she invites us to explore the reasons why  her impoverished mother is willing to stay with a man who sexually abuses her children, or or why some men resort to violence to assert their masculinity. Allison understands the unlikelihood of her own survival and the costs associated with her own assimilation into the middle class.”

Williams Connection by Katie Kent, Associate Professor of English and Chair of Women’s and Gender Studies:

“Dorothy Allison has written, “Fiction is the lie that gets us to the truth.” Her semi-autobiographical novel, Bastard Out of Carolina, represents so much for our students–for some it is the first time they have encountered any representation of the complexities of poverty, racism, love and desire and their connection to violence, despair and resistance.   For others it is the first time they see someone writing about a world they know well, a world the dominant culture in our country will not describe.  As Allison puts it, in relation to stereotypical narratives of the struggles of the white working and under class, “The reality of self-hatred and violence was either absent or caricatured…”  Writing against this tradition, Allison bravely puts her truth on display, and in so doing empowers our students to claim their own understandings of the world around them.”