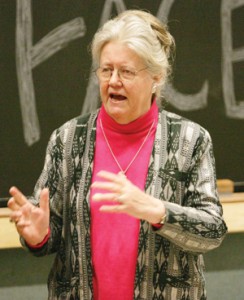 She is co-founder of the Rocky Mountain Women’s Institute, and has been consulting editor to Sage: A Scholarly Journal on Black Women. In 1993–1994, she consulted with women on 22 Asian campuses on the development of Women’s Studies and programs to bring materials from Women’s Studies into the main curriculum. In addition to having two honorary degrees, she is a recipient of the Klingenstein Award for Distinguished Educational Leadership from Columbia Teachers College.

White Privilege and Male Privilege: A Personal Account of Coming to See Correspondences Through Work in Women’s Studies