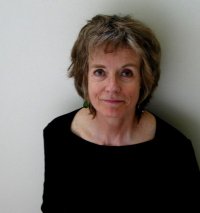 Recently I discovered that my family of origin owned slaves in 17th and 18th century Virginia. Because of the horror of that news, I’ve worked towards doing public art work about race, investigating whiteness in relation to non-whites. (Few white artists have dealt with their own whiteness in their work, and there are few models to wrestle with.) During months of reading, I took notes and posed questions to myself, eventually feeling that something could be done with the questions themselves. Invited to do a public art project for Claiming Williams, I took the questions and discussed them with faculty, staff and under-represented students at Williams. The aim was to discuss the relevancy and wording of them; some were eliminated entirely, many re-written, and new ones added. I pondered how to put these questions into the public arena, and, with my interviewees, finally decided to print pairs of questions on paper napkins used in all the dining halls.

These serious queries are made more mundane, ubiquitous, and less confrontational in this throw-away format than many other formats might suggest. Called “Face”, the project refers to wiping the face, talking face-to-face, saving face, etc. I wanted to target faculty and staff as well as students, so I figured putting napkins at each of the office coffee machine sites would reach most of them. Finally, in order to get thoughtful response to the questions, I requested a link on the Claiming Williams website where anyone could respond to the questions, although not anonymously. Students in particular felt that the project should happen after February 5, 2009, so that the familiarity with such questions by then would aid in the ability and desire to answer them.

Boston Globe: Her provocative instincts? Right on the money.