Film: If These Halls Could Talk

If our halls could talk, what would they say about the alarming rates of students of color leaving our colleges? What would they say are some of the causes for their departures? What would our students say it is like to be a minority student at a predominantly white campus? Are faculties and staff prepared for this influx of students from different backgrounds? When conflicts arise around diversity issues on the campus and in the classroom, are administrators and teachers prepared to handle them? What are some of the solutions needed to confront these problems?

In the summers of 2010 and 2011, Director, Lee Mun Wah brought together eleven college students from around the country to answer some of these questions. In the process of sharing their stories and different life experiences with each other, they discover and expose the complexity and anguish that accompany those experiences, while trying to be understood and validated in a predominantly white environment. Their stories are starkly emotional and the issues they provoke are equally perplexing, begging to be heard and confronted.

In If These Halls Could Talk, Lee Mun Wah demonstrates how to create a sense of community in the classroom, how students can get to know each other more personally, and how classroom check-ins can promote a deeper understanding and friendship with one another. He also demonstrates how to deepen a classroom discussion within minutes, as well as how to mediate conflicts between students.

A brief discussion of the film and the issues it raises will follow the screening. Facilitated by Bernie Rhie (English) and Taj Smith (MCC).
MainStage, ’62 Center

Meet me at the Savoy: Creating a Site for Community through the Visual and Performing Arts 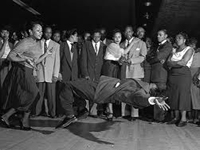 Work with guest artists to recreate the spirit and energy of the Savoy Ballroom, a unique place in the 1930s and 40s where people of all races were able to come together to create innovative dances that reflected a new American identity. Join us for jazz-age music, swing dance lessons, Hip Hop and movement activities, and discussion that will address what it means to create a site for community on campus. Live music provided by Williams College Jazz Ensemble, directed by Andy Jaffe. No prior dance experience required. Please wear sneakers and dress comfortably. Space is limited; first come, first serve.
Currier Ballroom

Intergroup Interactions at “The Office”

In NBC’s hit comedy series, “The Office,” viewers experience countless examples of how intergroup interactions can go wrong: through stereotypes, nervousness, or plain ignorance. “Intergroup Interactions at ‘The Office'” will show you many of these, often funny, moments and use the Psychological literature to analyze where things went wrong and how to improve intergroup interactions for the future. If you would like to learn about the present state of intergroup interactions, including the problems that persist and ways to improve, while experiencing a few laughs along the way, come out and participate in this event with a discussion to follow. Presenters: Jordan Mickens ’12, Brian Thomas ’12, and Seamus McKinsey ’12.
Paresky Performance Space

Year by Year: Pursuing Meaning in Your Time at Williams 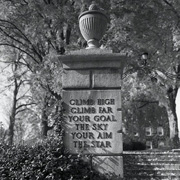 Student speakers representing a broad spectrum of experiences and backgrounds will explain how they have defined success for themselves at Williams. As they have grown as people, their vision for the future and what is most important to them has changed for the better. We hope these stories will inspire other students to pursue their own passions.
Goodrich Hall

What’s Going on in the Purple Bubble?: Defining Sexual Assault at Williams

Through interactive activities and discussions, we’ll try to get at the community-level aspects of what’s going on with sexual violence at Williams. Is it alcohol? Is it gender? Is it that we don’t understand consent? Max. of 40 people.
Schapiro 129

Arguing from the Margins

To vocalize visions for a changing community is to acknowledge a stance that is beyond the border of dominant cultural power and its values—that is, to argue from the margins. What is gained and what is lost when arguing from the margins? What does it mean to argue from the outside, to speak differently, to articulate new perspectives with clarity and confidence? These are questions to be addressed in this participation-driven writing workshop, designed to resituate standard principles of argument to better serve diverse perspectives and to initiate and sustain meaningful dialog on inclusiveness and cultural awareness.
Hopkins 401

Speak up, Be an Ally