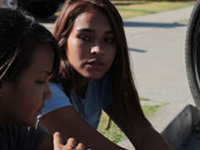 Mosquita y Mari is a coming of age story that focuses on a tender friendship between two young Chicanas growing up in Huntington Park, Los Angeles. Growing up in immigrant households, both girls are expected to prioritize the well-being of their families. Yolanda, an only child, delivers straight A’s and the hope of the American Dream while Mari, the eldest, shares economic responsibilities with her undocumented family who scrambles to make ends meet. As their friendship grows, a yearning to explore their strange yet beautiful connection surfaces. Lost in their private world of unspoken affection, lingering gazes, and heart-felt confessions of uncertain futures, mounting pressures at home collide with their new-found connection, forcing them to choose between their obligations to others and staying true to themselves. Written and directed by Aurora Guerrero, who will join the audience for post-film discussion.
MainStage, ’62 Center 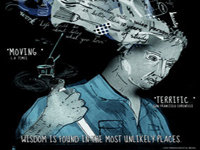 An exploration of wisdom in the heart of America’s most prestigious universities. The Philosopher Kings is a 2009 documentary film directed by Patrick Shen, and produced by Greg Bennick, about custodial workers at major U.S. universities and their lives. Filming took place at Cornish College of the Arts; UC Berkeley; Duke University; University of Florida; Princeton University, the California Institute of Technology; and Cornell University. Wisdom is found in the most unlikely places. Intended for Williams students, faculty, and staff.
Brooks-Rogers Recital Hall.

The Dynamics of Sex Trafficking 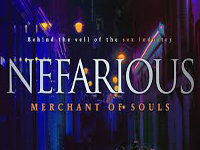 Issues of sex trafficking will be introduced through clips from the Exodus Cry production “Nefarious: Merchant of Souls.” Susan Dewey, professor of cultural anthropology at the University of Wyoming, and Exodus Cry representative Laila Mickelwait will debate the dynamics of sex trafficking, media portrayals, the linking of political issues, anti-trafficking strategies, and the roles of activists. Moderated by Gregory Mitchell, Women’s, Gender and Sexuality Studies. Co-sponsored by the Center for Community Engagement.
Paresky Performance Space 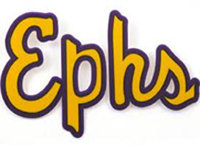 Finding Your “Team” at Williams is a panel event during which student speakers will share how they found and built community, and gave and received support at Williams. Recognizing that a ‘typical Williams student’ does not exist, this event looks to uncover the many places where students seek solidarity and find a home in the Purple Bubble. Sponsored by Student Athlete Advisory Committee (SAAC), Mental Health Committee, and the Gargoyle Society.
Goodrich Hall

Let Me Tell You a (REALLY FAST) Story

Ever wonder what all those people you pass on your way to class are thinking? Ever want to tell them what’s on your mind? Storytime is hosting “Let Me Tell You A (Really Fast) Story,” which is your chance to put stories behind the names and faces of the students, faculty, and staff around you. Each participant will alternate listening and telling stories, for three minutes each, in a kind of platonic speed-dating. What you hear might surprise you!
’58 Lounge, Paresky

Enough to Get By

The Williams community might be somewhat aware of the problem of homelessness and poverty in the world, but practically unaware of the problem of homelessness and poverty with local residents in Williamstown. This event is a discussion of this problem in general, followed by a discussion of this problem in Berkshire country, followed by a discussion of how Williams students can help make a lasting impact on homelessness and poverty in Williamstown. By gradually narrowing the topic, we hope to connect to an issue we might have initially felt detached from, and to explore what might be done about it. We will be joined by Mollye Wolahan, the Deputy Director of Housing at the Women’s Institute for Housing and Economic Development; and David B. Rich, the Executive Director of Supportive Housing WORKS.
Dodd House Living Room