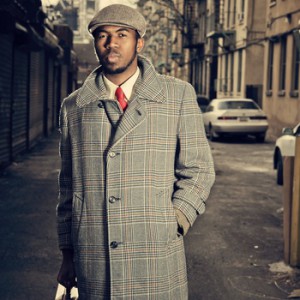 Joshua Bennett is an award-winning performance poet from Yonkers, NY.  He has recited his original works at events and venues such as The Sundance Film Festival, the NAACP Image Awards, The Kennedy Center, Brooklyn Academy of Music, Poetry Africa, and President Obama’s Evening of Poetry and Music at the White House.  Joshua has also performed on BBC Radio Oxford, alongside former US Poet Laureates Billy Collins and Rita Dove, at the Du Bois Institute Panel as a guest of Henry Louis Gates, and opened for Dr. Cornel West at the Rochester Institute of Technology.  A graduate of the University of Pennsylvania, Joshua received the distinctions of Phi Beta Kappa and magna cum laude after double majoring in English and Africana Studies.  In addition to receiving a Ford Foundation Pre-Doctoral Fellowship, Joshua was also awarded a Marshall Scholarship to earn his Masters of Arts in Theatre and Performance Studies from the University of Warwick in the UK.  He is currently pursuing a PhD in English from Princeton University.

American Muslims and the Reform of Islam

Zareena Grewal explores some of the most pressing debates about and among American Muslims: what does it mean to be Muslim and American?  Who has the authority to speak for Islam and to lead the stunningly diverse population of American Muslims? Do their ties to the larger Muslim world undermine their efforts to make Islam an American religion?

Offering rich insights into these questions and more, Grewal follows the journeys of American Muslim youth who travel in global, underground Islamic networks.  Devoutly religious and often politically disaffected, these young men and women are in search of a home for themselves and their tradition.  Through their stories, Grewal captures the multiple directions of the global flows of people, practices, and ideas that connect U.S. mosques to the Muslim world.  By examining the tension between American Muslims’ ambivalence toward the American mainstream and their desire to enter it, Grewal puts contemporary debates about Islam in the context of a long history of American racial and religious exclusions.

Elizabeth Urban, Mellon Postdoctoral Fellow in Middle Eastern History at Williams, will introduce Professor Grewal and help facilitate a conversation about these topics of racial and religious exclusion after the lecture.

Want to continue the day’s discussions?  Come to Paresky for free pizza, cake, live music from student groups, and informal conversation about the day’s events. You can stay as little or as long as you like!  Performance schedule as follows: