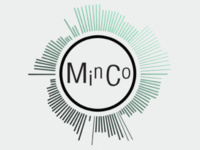 In collaboration with the Claiming Williams Steering Committee, Aseel Abulhab ‘15, and Salma Mohammad ‘16 of the Minority Coalition are coordinating a solidarity walk as the closing event of Claiming Williams Day. This peaceful walk is not only in response to last semester’s hate crime involving a defaced poster of a Muslim alumnus but also to strengthen the community in light of recent violations to community standards. Featuring several speakers, the purpose of our collective march is to support affected individuals, reclaim spaces and identities, and empower students and other community members to express their differences. Beginning inside Chapin Hall @ 9:30 pm, the walk will touch upon various iconic locations around campus and will end at Baxter Hall in Paresky. Participants will then have an opportunity to view the photos from the campaign organized by Aseel and Salma in appreciation and support of the targeted alumnus. Pizza and hot chocolate will be served at the end of the event in Paresky.

Celebrate the end of Claiming Williams Day at 10 pm in Paresky Center Baxter Hall. Continue the day’s conversations over pizza, cookies and hot cocoa.  Pizza will be served upon arrival of the walk.

See our Covid-19 website for strict health and safety protocols for those who remain on campus. All Williams College buildings are closed to the public and visitors until further notice.