God Don’t Like Ugly and She’s Not Too Stuck on Pretty Either: Black Feminist Ethical Perspectives for These Times

Barbara Smith is an author, activist, and independent scholar who has played a groundbreaking role in opening up a 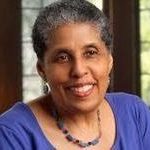 national cultural and political dialogue about the intersections of race, class, sexuality, and gender.  She was among the first to define an African American women’s literary tradition and to build Black women’s studies and Black feminism in the United States.  She has been politically active in many movements for social justice since the 1960s.

As a member of the Albany Common Council, Smith has shown leadership in coalitions to end poverty and violence in the city of Albany, New York and beyond. Her partnerships have brought national programs, initiatives and funding to Albany to alter the structure of opportunity in the city. She has also prioritized working to ensure that all children in Albany have access to a high quality education and introduced elements of the Harlem Children’s Zone model to Albany. As chair of the Common Council’s Public Safety Committee, Smith helped to establish community policing in Albany. She currently works with the new mayor’s administration to establish and implement Albany’s Equity Agenda which utilizes innovative approaches to address poverty, joblessness, racial disparities, and other types of marginalization.

Smith was a leader in defining and establishing the field of Black women’s studies in the United States. She published work that introduced for the first time close textual analysis of Black fiction that included gender and sexuality as an analytical lens. Her groundbreaking 1977 essay, “Toward a Black Feminist Criticism,” opened the door to serious critical consideration of Black women writers.