Shaun King is a writer for the NY Daily News and a prolific activist and speaker. He is particularly involved with the Black 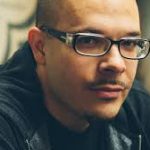 Lives Matter Movement, and has worked tirelessly in the last couple years spreading the message of the movement and organizing protest action. In particular he has spoken out against racism in the criminal justice system, writing a 25 part series on how to reduce police brutality. Most recently he has begun organizing the Injustice Boycott, a national boycott against organizations, institutions and companies that perpetuate injustice. His talk will discuss his work and what we as students can do to organize, support and act. Sponsored by Converging Worlds.

Claiming Williams events are intended for the campus community. This event is open to the public and will be simulcast into Paresky Auditorium.  It will not be ticketed. Seating is first come, first served.  It will also be taped for posting on Williams Youtube. See the CW website for a full schedule of the day’s events.