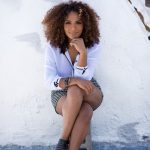 Janet Mock is a writer, TV host and advocate whose memoir,  Redefining Realness, broke ground as the first biography written from the perspective of a trans girl. Her second book, Surpassing Certainty, a memoir about her twenties, was released in June, 2017.   She is an advocate for trans women, the host of the interview podcast, Never Before, with Lenny Letter, and a contributing editor at Allure, where she writes the column, “Beauty Beyond Binaries.”

Born in Hawaii, Janet’s story of growing up trans caught the nation’s attention in a 2011 Marie Claire article. Since then she’s become one of the most influential trans women and millennial leaders in media.

Janet Mock will be in conversation with Kai Green, Assistant Professor of Women’s, Gender and Sexuality Studies.

This event is the Evening Keynote for Claiming Williams Day and is open to the public. Book signing to follow in the Brooks-Rogers lobby.