The American DREAMer: From Undocumented to Wall Street & Immigration Advocacy 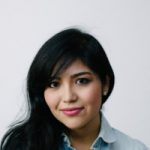 Julissa Arce is a writer, CNBC contributor, and advocate for immigrant rights and education.  She is the Co-founder and Chairman of the Ascend Educational Fund, a college scholarship and mentorship program for immigrant students, regardless of their status, ethnicity, or national origin. Arce is also a board member for the National Immigration Law Center and College Spring. She is the former Director of Public Affairs at Define American, a media organization that uses the power of story to change the narrative surrounding immigration and citizenship. Prior to becoming an advocate, she built a successful career on Wall Street working for Goldman Sachs and Merrill Lynch, and had seemingly achieved the American Dream—yet she was not part of what defined American.

Arce immigrated to America from Mexico at the age of 11 and was undocumented for almost 15 years, some of them spent rising to prominence on Wall Street. In order to help other young people in similar circumstances, Julissa co-founded the Ascend Educational Fund.  She was officially sworn in as an American citizen in August of 2014. In September 2016, Julissa released her memoir, My (Underground) American Dream.

This event is open to the public.