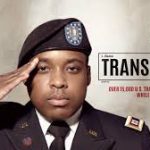 TransMilitary chronicles the lives of four individuals (Senior Airman Logan Ireland, Corporal Laila Villanueva, Captain Jennifer Peace and First Lieutenant El Cook) defending their country’s freedom while fighting for their own. They put their careers and their families’ livelihoods on the line by coming out as transgender to top brass officials in the Pentagon in hopes of attaining the equal right to serve. The ban was lifted in 2016, but with President Trump now trying to reinstate it, their futures hang in the balance again.

Around 15,500 transgender people serve in the U.S. military (notably the largest transgender employer in the U.S.), where they must conceal their gender identity because military policies ban their service. TransMilitary follows the previous Emmy-nominated short film Transgender, at War and in Love.

Fiona Dawson, co-director of TransMilitary, will participate in a discussion following the film. Dawson is an award winning director, producer & writer, LGBTQ advocate. Fiona has previously filmed stories in India on sex trafficking, prostitution and HIV/AIDS.

This is the opening event for Claiming Williams Day. All are welcome.

Note: This screening is followed by a discussion with filmmaker, Fiona Dawson, as one of the 11 am Community Fora.